Tesla Powerwall and solar keeps the lights on in Mallacoota 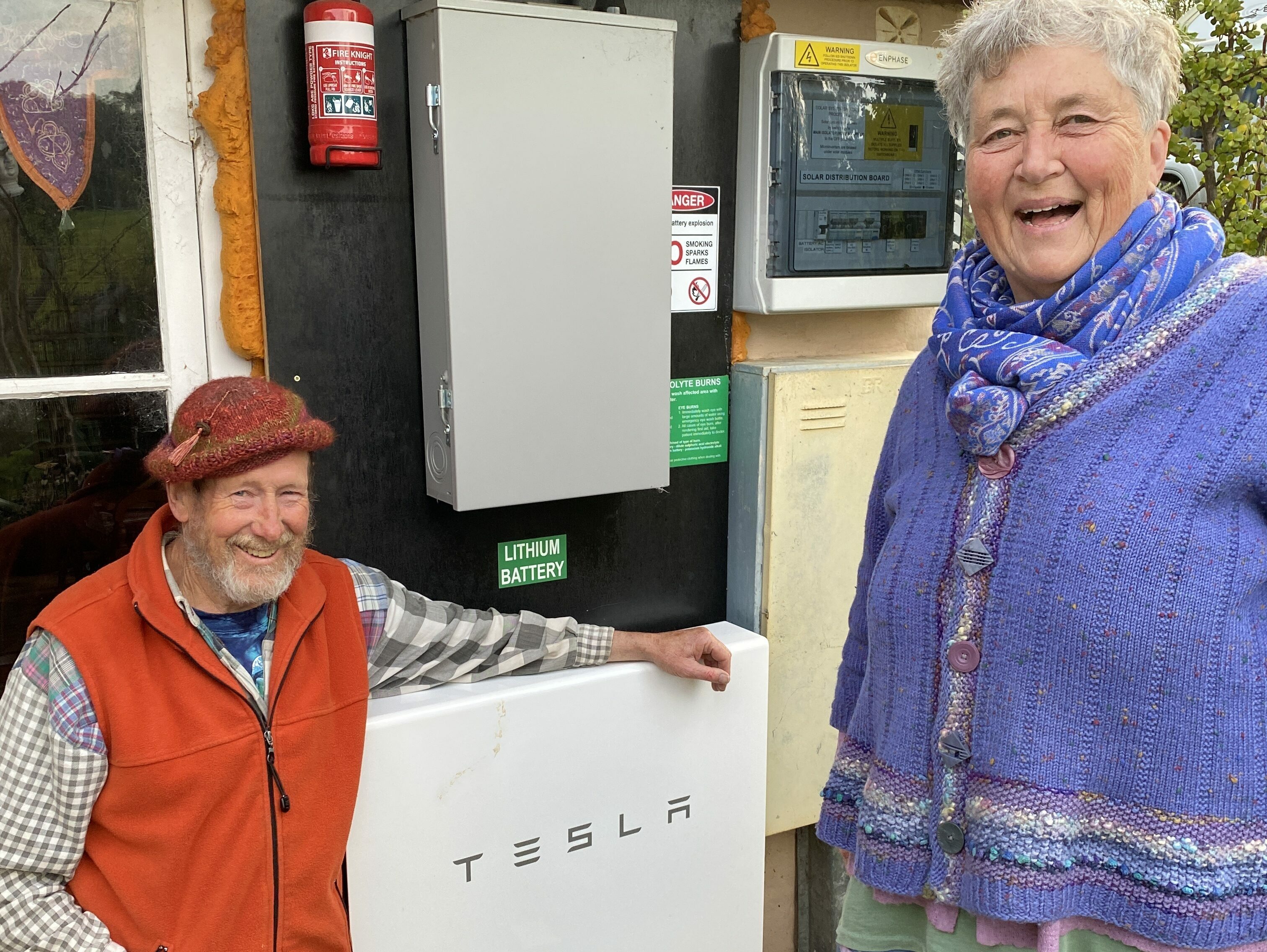 Kate and Phil moved to Mallacoota after downsizing and selling their property in Gippsland. With some funds left over, they made the decision to invest in a solar and battery system. They wanted to be able to store their solar to use at night, but more importantly, they like the idea of being self-sufficient; in a town with regular grid outages, peace of mind was important to them.

Not long after the solar and Tesla Powerwall 2 system was installed, the devastating black summer bushfires hit Mallacoota. It was the ultimate test for their system. Phil and Kate only just saved their home.

With the mains electricity down and Mallacoota plunged into darkness, their fairy lights were the only way they could locate their home while fighting the ember attack. With power cut off to the town, for the next 2 weeks, Kate and Phil's home became a refuge - a place where their friends and community could come for a cuppa, a hot shower or a shoulder to cry on.

The solar and battery system rose to the occasion. It kept the lights on, even with a thick smoky sky badly affecting the solar performance.

Off grid solar and battery system in Foster saves cost of connecting to electricity grid. 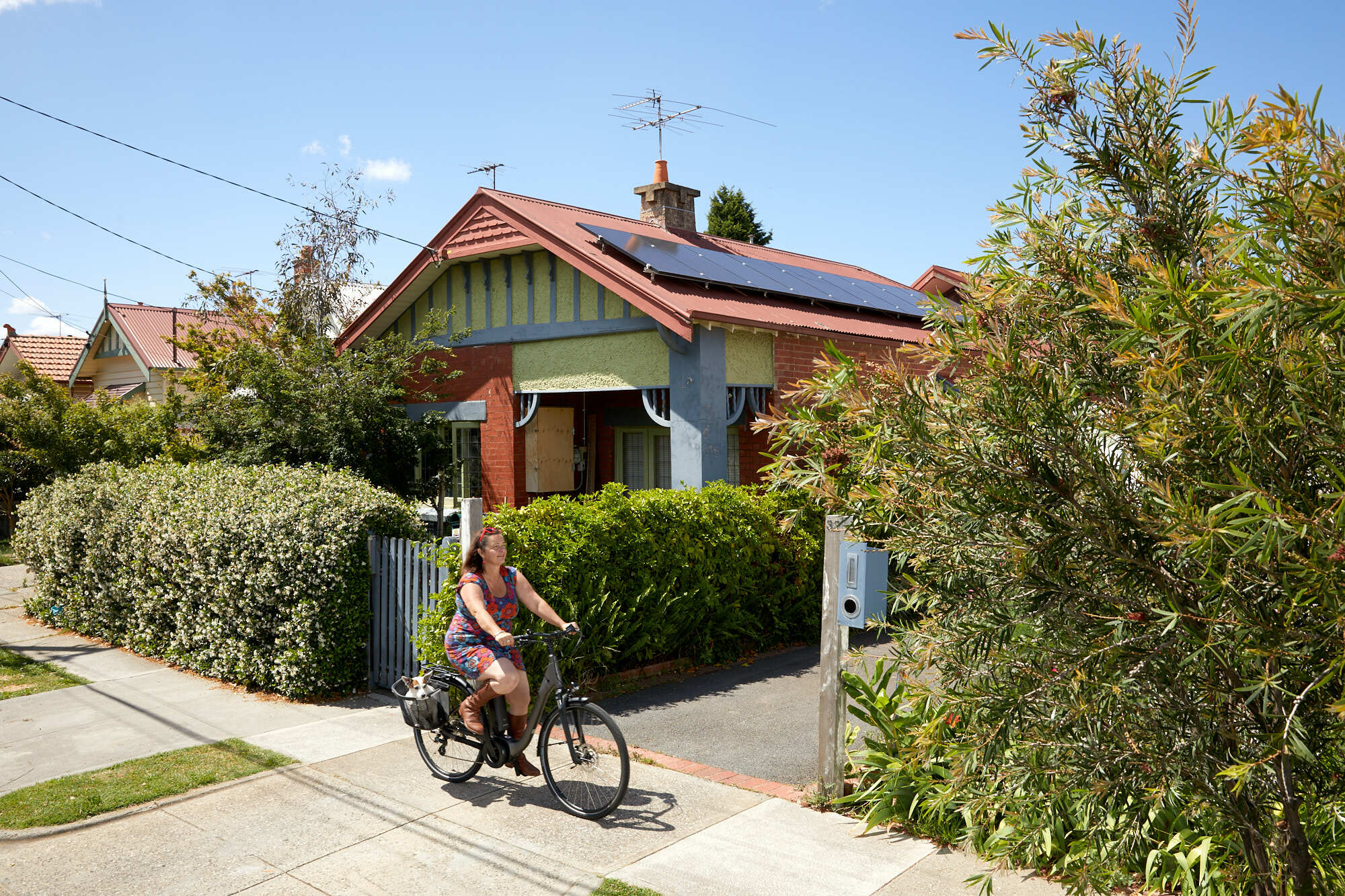 Comedian and writer, Catherine Deveny, loves using her solar power to charge her e-bike, and even her lawnmower. 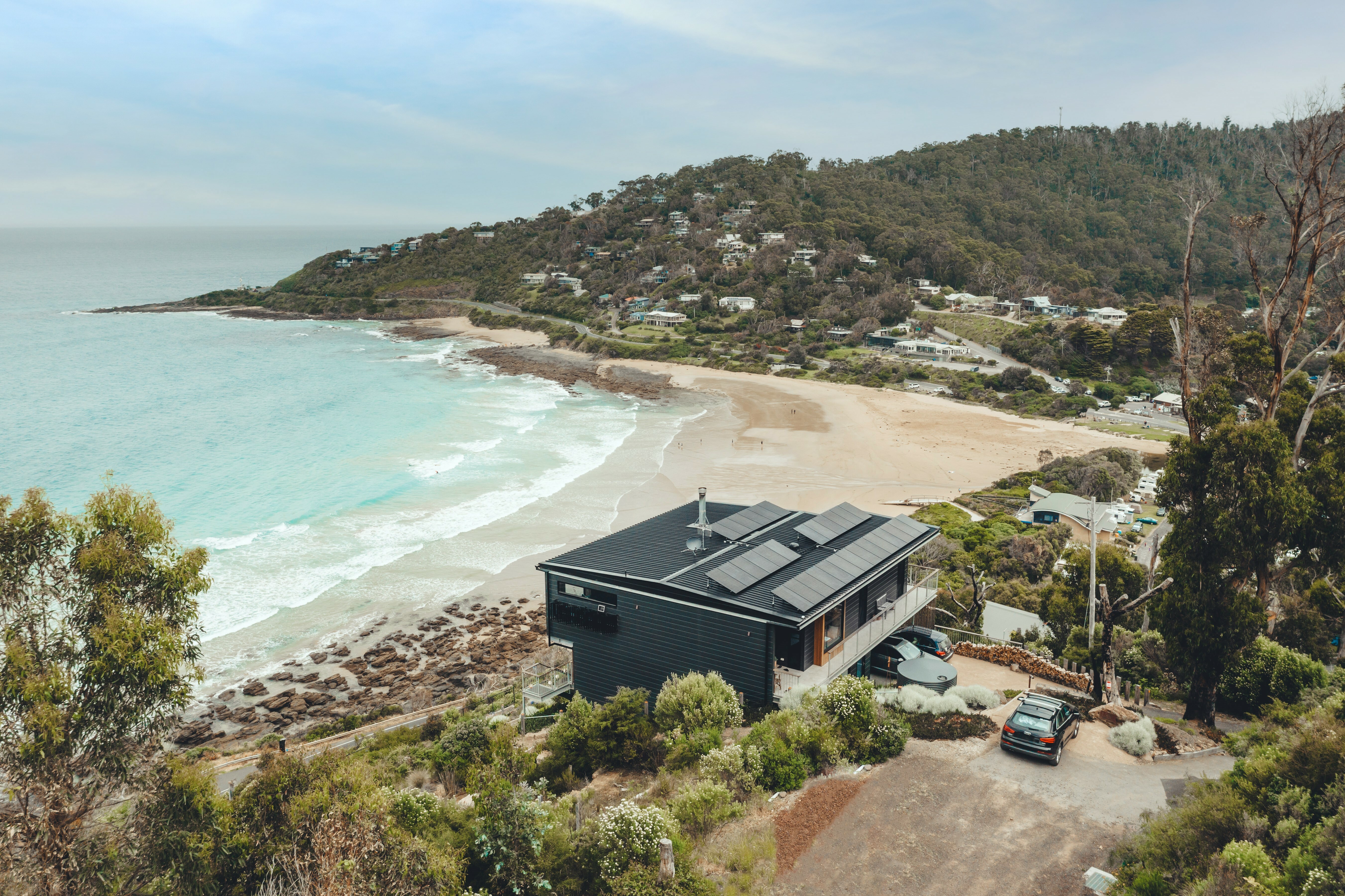 A beautiful solar system for a stunning Wye River home

This architecturally designed home needed a solar system that didn’t detract from its beautiful design.